How to Fix error Laravel Log Could not be Opened Code Solutions? 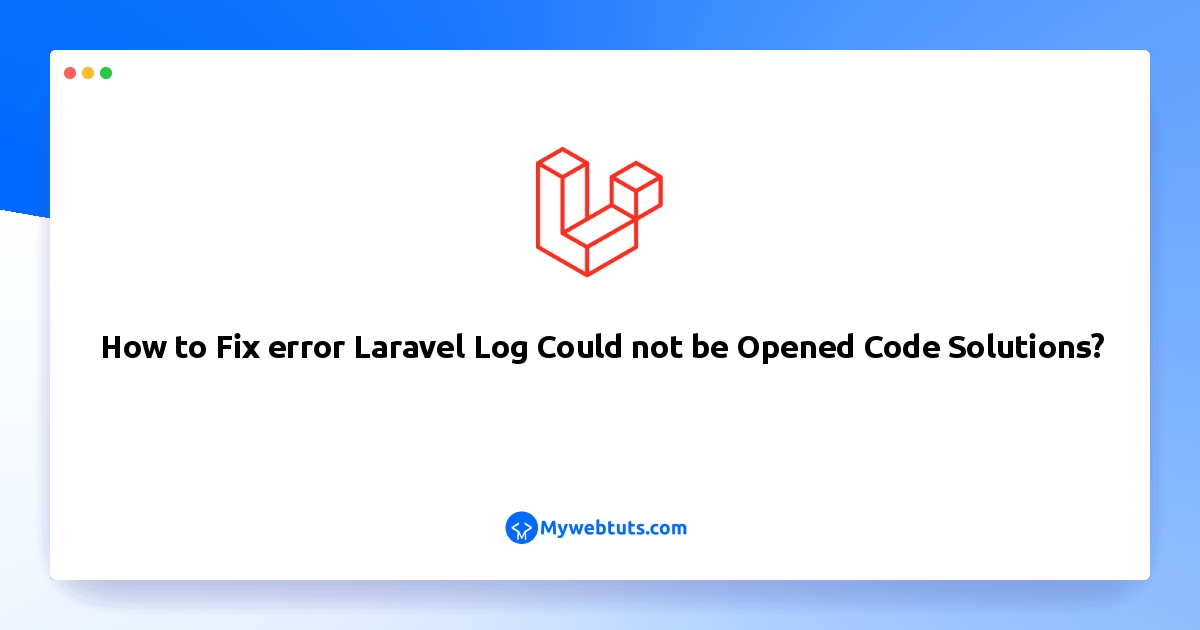 You can use this example with the versions of laravel 6, laravel 7, laravel 8, and laravel 9.

So this tutorial will help you to solve these errors.

If you face laravel storage link permission denied. So, this tutorial will help you to give permission for linking public storage directories in the laravel app.

It turns out I was missing a view directory in laravel_root/storage/. In order to fix this, all I had to do was:

Then, You need to adjust the permissions of storage and bootstrap/cache.

How to set file permissions for Laravel 5 on mac OSX:

There are different approaches to it, but when working locally or in a development environment, I like it when my user shares ownership with Apache (the web server).

Execute the following command on terminal:

This command changes the owner/group to your username and the web server.

Now, you need to give the correct folders the permissions they need, issue the following commands:

Now, you need to make it so that the web server can write to the files/folders it needs to, such as the app/ and storage/folders. Issue the following commands:

Create these directories if they don’t exist in laravel:

Then, Test if it works, if not, try giving the correct permissions to the storage folder: